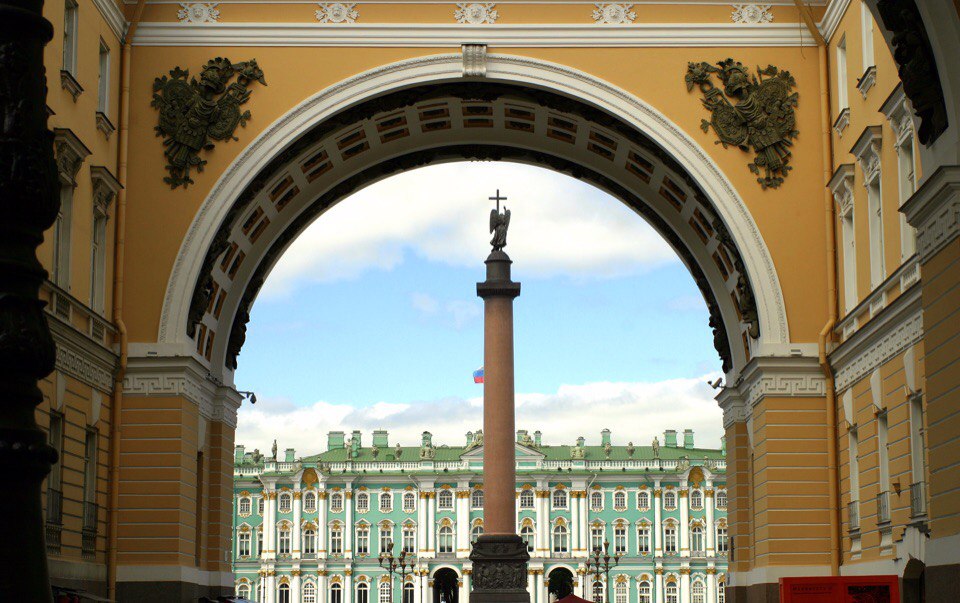 Today is Saint Petersburg's birthday. Let's celebrate it together. This Sunday at 12-00 we are going to speak about our amazing city and play some games.

Read and discuss interesting facts about St. Petersburg. Are they True of False?
• Very few people know, but St. Petersburg – the largest city not of capital value in Europe. Since the 19th century it keeps in the four of the biggest European cities.

• Interesting fact: total length of the tram line of St. Petersburg exceeds an indicator in 600 km! In this parameter it is included in the Book of Records.

• Peter and Paul Cathedral is the highest in Russia. Together with belltowers and a gold spike its height makes 122.5 meters.

• St. Petersburg – the most northern largest city of the world as is on 60 parallels. This parallel still passes in the territory of Greenland, Alaska and Oslo (the capital of Norway). Such arrangement is huge plus as attracts thousands of tourists from around the world to look at “white nights” of St. Petersburg.

• Interesting fact: The Hermitage – one of the most known and big museums of the world. In its territory there are about 3 million various works of art. All of them settle down in the territory of 5 buildings in 350 halls. It is considered that in the Hermitage 1 minute of acquaintance with each of 3 million works of art will take you 8 years of life. Besides you should pass 20 km. For this reason here organize special rounds and excursions on the best exhibits.

• Interesting fact: Nevsky Avenue is the most visited highway of the city. Daily there pass nearly 2 million people!

• In the territory of St. Petersburg there are more than 800 bridges and nearly 100 islands – any European city has no such large number of river ways. Also through the city there pass 64 rivers and about 50 channels.

• In the USA there are 15 cities which are called St. Petersburg. The largest city is Saint Petersburg (State of Florida).

• . St. Petersburg deserves the rank the cultural capital of Russia. The matter is that in all territory of the city there are nearly 2000 libraries! Also here about 100 platforms for concerts and festivals, 220 museums and 45 galleries are located. Every year there take place 50 international competitions, competitions and exhibitions.

• St. Petersburg is the greenest of Russia’s major cities. The statistics are impressive: Over 200 parks and gardens, plus over a thousand tree-lined streets and more than 700 leafy squares; and more than 2,000 hectares of greenery in total – or more than 56 square meters for each of the city’s more than 4.5 million inhabitants.

• There are as many reasons why St Isaac’s Cathedral is unique as you want. First off, it’s the highest observation platform of St Petersburg with the 360-degree panoramic views from the 43 store.

• The main dome of St Isaac’s Cathedral is gilted with 100 kg of pure gold. During the WWII siege residents hid it beneath the layer of gray paint.

• At St Isaac’s Square you can see a monument to Nicholas I, a unique equestrian sculpture on two points of support, the only one in the world. Nikolay sits on a horse facing the St. Isaac’s Cathedral. The fact that the rider turned away from the palace served as the formal reason for the daughter of Nicholas I to refuse staying in the palace, despite the fact that it was a present for her. Her wedding present.

• The St. Petersburg Metro consists of 5 lines and 67 stations, most of which are 20–80 metres deep. The longest escalator is 150 metres long, and the "deepest" station is Admiralteyskaya (86 metres under the ground)

You can use following ideas